The Graf-Syteco keyboards of the K2 series are equipped with a CAN bus interface via which a higher-level operating and control unit or a control system can detect the status of the keys and control their illumination. This can be switched on and off individually for each key to indicate to the operator which key is active and which cannot be operated at the moment. To avoid glare at night, the lighting can be dimmed for all keys together when switched on. 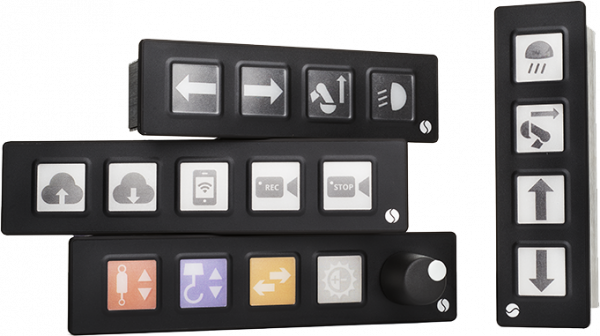