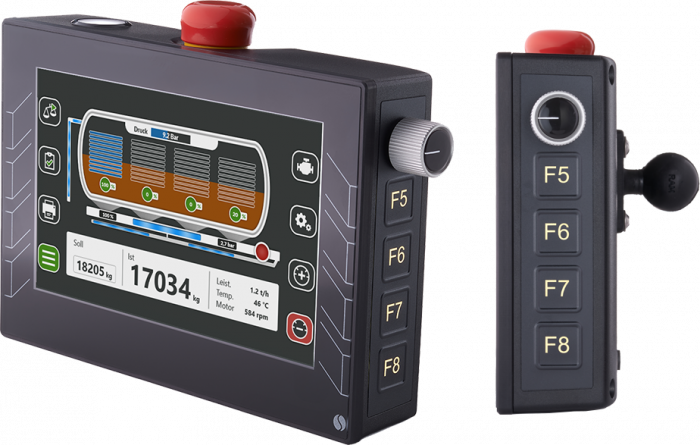 The D4510-100T is a compact operating and control unit with 7" display for surface mounting, with 8 laterally mounted, illuminated, tactile keys as well as a rotary-push encoder.
Communication takes place via two independent CAN interfaces, one of which is galvanically isolated, an RS232 interface, as well as an Ethernet interface with data rate 10/100 MBit/s and a USB 2.0 host interface.
The device has an emergency stop switch for interrupting the emergency stop chain, which is wired on the connector. This means that the operating and control device can also be used in safety-critical systems.

The application is downloaded to the device via the USB 2.0 host interface, Ethernet or CAN.